The other night while my critique group was talking about my upcoming novella The Witch of the Sands, I got called to task about the underlying economic system for my Hounds of the North series. 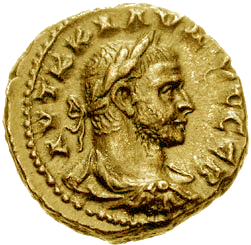 Admittedly, economics and relative values of currencies are not my strong suit.

After all I was an English major.

In fact, it’s probably the last thing I really think about when I put together a story since I’d rather focus on character, plot and setting than gold and silver and copper.

But when two beta readers questioned how much my band of mercenaries were getting paid to kill a warlock, I knew I had to take a step back and figure out the economic system.

Including the price for the head of warlock.

What do you think? Am I close to the mark? Any suggestions?

Peter Fugazzotto is a fantasy and science fiction author who fights to protect the earth by day and battles his ego with armbars and slashing sticks by night. He lives in Northern California with his wife, daughter, bird and dog. His short stories have been published in Heroic Fantasy Quarterly, Grimdark … END_OF_DOCUMENT_TOKEN_TO_BE_REPLACED