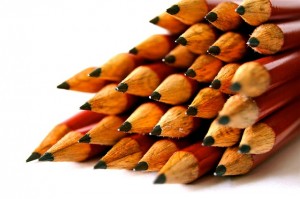 As we are in the final hours of 2014, I thought I’d take a bit of time to reflect on this past year of my writing life.

This was a big year for me. Not so much in what I achieved but in the shift of what I wanted to be.

Late into last year and early into 2014, I was riding the euphoria of getting my story Jiro published in Heroic Fantasy Quarterly. Bolstered by that, I polished up my novel Black River and sent it out to agents and publishers, and also began working on additional short stories to send out.

In my mind, I had broken in to the publishing world and now just needed to do the leg work to move ahead in the field. My goal was to become a traditionally published author – one with a literary agent and a publishing house to promote my work.

I had it all mapped out: continue to get a number of short stories published and use those to build up an audience of fans while at the same time sending out my finished novel to secure an agent and a publishing house.

Struggles Along the Way

But, as it so often with the best laid plans, it did not quite work out that way. 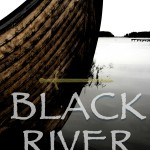 My fantasy novel Black River was soundly rejected by a number of agents and publishers. One agent said that it was “a bit too traditionally overwritten for [her] blood.” And as bad as that sounded, at least she responded. A number of agents never responded, instead indicating on their websites that if you had not heard back in three months or so that it was to be taken as a rejection.

Already I was starting to get a foul taste in my mouth around the traditional publishing process.

One of the publishers to whom I submitted during an open call never acknowledged or responded to my submission. Not a single word.

Frustrating to say the least and incredibly discouraging.

At the same time, I was sending out the follow up story to Jiro as well as another short story out to online magazines. The stories were rejected by a number of publications and I began to see my options dwindling to places that would only pay me about $10 at most.

I get the idea of publishing a story for essentially free in order to build a readership over time, but at that time I was not really ready to give my stories out for free, especially since I had no idea how many folk would even read the story at some obscure website or whether a long line of obscure credits was even a viable pathway in the traditional publishing model.

How many short story writers ever really transition to successful novel writing? They are such different beasts.

A bright spot came when I participated in a fantasy pitch contest on twitter. The idea was for me to create a short pitch about Black River and tweet it for 24 hours with an identifying hashtag and if a publisher or agent was interested, they would favorite the tweet and contact me.

One of my pitches worked and I got a bite. But it was for an ebook only and the publisher was traditionally romance focused and just starting a fantasy line. Plus I had begun reading about authors signing contracts that gave away the rights to their works as ebooks for seven years with very little guarantee of a return. Not worth it in my book since I had no way of knowing whether my work would be properly promoted (which is a rare thing in the industry nowadays unless one is a best seller already).

Around that same time, I was beginning to educate myself about self-publishing as an option. I realized that what mattered to me most was to write what I wanted to write and to share my writing with readers.

And what mattered less was whether I followed the traditional path to get there.

A Shift in Plans

So in August, I made the decision to go the self-publishing route.

After deciding on this direction for my writing, I had to orient myself. When entering into the world of self-publishing, there are basically two options about how you can proceed: pay someone else to show you what to (this comes in the forms of books and courses and book packagers) or figure it out yourself.

I, of course, went for the latter with the mindset that if I was going to venture onto this path I wanted to do it in the way that created the least amount of financial risk.

I set myself on a crash course in self-study by reading blog posts and websites, listening to podcasts such as the Self Publishing Podcast and the Creative Penn, and looking for books at the library, especially ones around the entrepreneurial mindset.

Stepping into the Unknown

With all that information in my back pocket (or at least enough not plunge in to blindly), I formulated a simple plan for the next year and half: self-publish a 4-5 book fantasy series and the first 4 books of a non-fiction series. My 3-5 year goal is to have a catalog of 20 books available, and then at that point be earning enough to call it a part time job. 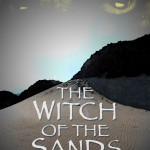 As we hit the end of 2014, four months since I decided to self-publish, I have released the first two books in my fantasy series – both as ebooks and one as a print-on-demand book – and am about 1/3rd of the way through the first draft of the third book and am on schedule to release it in late Spring 2015. I have also outlined the first book in my non-fiction series and hope to release that also in early 2015.

I am still in the territory of the unknown with all of this.

I am earning money from my writing. But if I would have paid to have both my covers designed professionally, I easily would be in the negative column. Yes, a very thin margin and a rather inauspicious start.

I am unsure what it will take to gain a readership. I am sending out review copies and busy with both blogging and social media. I have also experimented with the free pricing program through Kindle Select but have no idea if any of those people who downloaded the book actually read it.

So, here I am at the end of 2014 and I am not selling much and am not real clear how many people have read my stories.

But those two things don’t really matter to me.

I have the confidence now to self-publish. I can get an ebook up on the Amazon store. I can create my own covers. I can set up a print on demand book. There is no technical barrier to getting my work out there.

I am bolstered by the feedback I have received from readers, both from those who know me and support this dream of writing and of strangers who have provided incredibly positive reviews of my work.

I have also been able to connect with other authors – whether through social media or emails or reading our works at the same event. I have found authors in the fantasy genre to be incredibly generous, sharing advice and tips to help me find my way in this field. I am very appreciative of these authors as well as the great bunch of folks in my critique group who have been and continue to be supportive.

I am eager for 2015. More stories. More readers. Investing in promoting my work. Continuing to connect with other authors.

Only a couple more hours until it starts. Thanks for being on the ride so far.

Peter Fugazzotto is a fantasy and science fiction author who fights to protect the earth by day and battles his ego with armbars and slashing sticks by night. He lives in Northern California with his wife, daughter, bird and dog. His short stories have been published in Heroic Fantasy Quarterly, Grimdark … END_OF_DOCUMENT_TOKEN_TO_BE_REPLACED