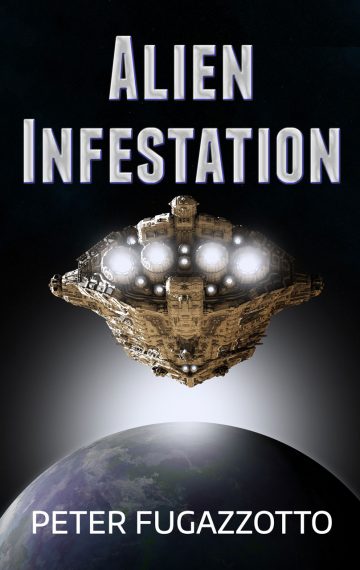 Humanity’s worst nightmare. Across the galaxy, a swarm of aliens attacks ships and settlements.

An unlikely hero will need to emerge to protect us.

Snake Walker, a salvage pirate, and his ragtag crew are thrust into the heart of the alien invasion. He’ll have to escape the prison ship Acheron and then turn the tables on the bug-like aliens.

It’s not only his own neck on the line, but also five thousand innocent civilians asleep on a colony ship. And time’s running out.

Luckily, he’s partnered up with Space Marine Winn Engstrom. She’s tougher than nails and not afraid to blow the bug aliens to smithereens.

Join the fight against the alien invasion today.

Peter Fugazzotto is a fantasy and science fiction author who fights to protect the earth by day and battles his ego with armbars and slashing sticks by night. He lives in Northern California with his wife, daughter, bird and dog. His short stories have been published in Heroic Fantasy Quarterly, Grimdark … END_OF_DOCUMENT_TOKEN_TO_BE_REPLACED