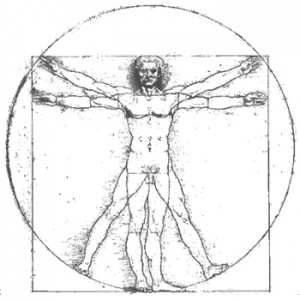 Beyond my interests in the practices of writing and studying Brazilian Jiu Jitsu, I am intrigued by the process of learning – a common thread that makes up the fabric of both pursuits.

For me, writing – whether novels or short stories or even grant proposals – is not a static activity. My writing of five years past is vastly different from my writing today and this difference is not only in the shape of the words on the page but also in terms of how I approach the writing process.

Similarly, I have noticed that my learning process and goals in Brazilian Jiu Jitsu have changed as the years pass and the belt colors slowly darken. How I approached my practice as an unblooded white belt is almost unrecognizable to what I am focusing on as a tattered purple belt.

I have observed a pattern of learning stages that permeates both disciplines and not only in myself but in others who walk the path beside me.

These stages are: orientation, output, ease and flow.

In this post, I will describe the orientation stage.

The orientation stage is one of actually understanding what it is that one is doing versus what one thinks one might be doing.

For example, in the practice of writing, one must come to understand (as stupid as it sounds) that the primary activity of writing is actually writing.

It is sitting down in front of your computer (or another word weapon of choice) and putting words down on the page.

It is also not being a writer. It is writing.

This orientation stage is where one destroys the preconception about a study and, then understanding what it is about, one decides whether to invest in the process.

A similar stage exists in Brazilian Jiu Jitsu. Often one approaches the art without a knowledge of what it is about even if one has a cursory knowledge through the media.

Many have bowed onto the mat thinking that they are just continuing high school or college wrestling with uniforms (gis) on and that there is no difference. Others think because they have watched a lot of YouTube videos that they understand how to move their bodies through space or to control others. Others fed on a heavy media diet of UFC talk about how they could throw punches from within the closed guard (despite the sportive rule set.)

During this orientation stage, one is exposed to the reality of the art: the physical effort, the grueling warm ups, the discomfort, the pain, the sweat, the repetition of fundamental moves. One also learns in this orientation process that the art is deep and only a fool thinks he or she is a master after a few weeks or months of study.

[For those who don’t know, getting to the mastery level in Brazilian Jiu Jitsu – a black belt – is generally a 10-year process, one that requires hard work, dedication and sacrifice.]

As in writing, this orientation stage serves to winnow – to separate preconception from actual practice.

This is the stage where one realizes that one might not be as skilled a fighter as one thinks (especially against those with greater skill), where one sees that despite knowledge gained it is incomplete, and where one sees that the path of Brazilian Jiu Jitsu is not one of instant gratification and is in fact a path that will shape the practitioner.

This is the stage where most people quit. Not necessarily because they could not get better but because they realize that they actually do not like the reality of what the practice entails or that understanding the long road ahead, they decide that it is not an investment that they are willing to make.

Despite the challenges, the orientation stage is critical to understanding what one is actually doing.

However, surprisingly some people never get past the orientation stage even after studying an art for years. They are unable to differentiate between their perception of the art from what the actual practice is. They attempt to keep their preconceived notions and in some ways make extremely poor students. They would rather maintain a self image of preconception instead of allowing themselves to be shaped by increasing knowledge which often walks hand in hand with understanding how little one actually knows.

In an upcoming post, I will talk about the next stage of study: output.

Peter Fugazzotto is a fantasy and science fiction author who fights to protect the earth by day and battles his ego with armbars and slashing sticks by night. He lives in Northern California with his wife, daughter, bird and dog. His short stories have been published in Heroic Fantasy Quarterly, Grimdark … END_OF_DOCUMENT_TOKEN_TO_BE_REPLACED