Today, a guest post from Michael R. Fletcher who has written one of my favorite fantasy novels released in 2015.

I used to think Nanowrimo was a town on Canada’s west coast where writers flocked once a year to work on their novels. I still think that’s a great idea.

It seems a little cheeky of me to write about NaNoWriMo when I’ve never actually done it, but on the other hand I did finish a novel (147,000 words) in three months which is a hair off three back-to-back NaNoWriMos. I’m going to pretend that qualifies me to spout advice. Most of this will be coming too late for you this year, but remember it for next year.

I’ll explain. I am what writers refer to as a Pantser, I don’t 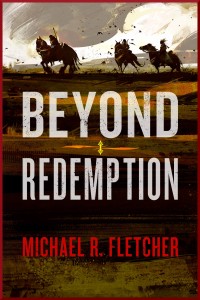 write detailed plot plans in advance of beginning a novel. That said, I do put a lot of time into building the world the story will take place in and figuring out who the characters will be. If you’re going to write 50,000 words in one month, it will be a lot easier if you already know your world in intimate detail.

What kind of detail am I talking? Take a look: http://michaelrfletcher.com/beyondwiki/

I created a wiki for the World of Manifest Delusions (where Beyond Redemption takes place) before ever starting the novel. I did maps, figured out the bones of my insane magic system, and and defined my characters.

At first it was just a place to store all my background material. Later, when the novel was published, I made the wiki public in case folks wanted to dig a little deeper. I also set up a Discussion page and User Content pages on the off chance people had questions or wanted to vent in my direction.

It isn’t cheating to have built your world and detailed your characters before starting NaNoWriMo, but not doing so is likely crippling, and will definitely hurt the quality of your novel.

As I mentioned, I wrote just shy of three back-to-back NaNoWriMos. As I’m also a husband and a father (and would like to remain both), weekends are strictly for family. I’m lucky in that my day job allows me a lot of leeway. I work when I want and they know I’d rather be a novelist. This might not be the case for you. You’ll have to figure out your own schedule.

If you write seven days a week, you’ll need to average ~1,666 words per day. My goal was to average 2,500 words a day. Some days I wrote six thousand words, and some days I only wrote a few hundred. Week after week, however, I maintained my average.

If you’re serious and want to be a writer, here is My Crazy Advice: Cancel your cable TV and give away your gaming console. Figure out what your distractions are and ruthlessly carve them from your life.

National Novel Editing Months. And yes, that should be plural.

When you’re in the throws of NaNoWriMo, the last thing on your mind should be editing. There’s no looking back. Did you just write a shitty sentence? Leave it. Move forward. Did an awesome sub-plot just occur to you? Leave yourself a note (I make extensive use of the Comments tool) and write on as if that sub-plot had been there from the beginning. You can come back later (when you’ve finished the first draft) and fill in whatever earlier content is needed. This is works well because you’ll know how the book ends and be able to add whatever foreshadowing and background is required.

I’m not going to go into detail on my editing process, but if you’re curious, you can find it here: http://michaelrfletcher.com/2015/08/14/the-old-school-edit/

While I might be able to write a novel in three months, editing takes as long as it takes.

So, how did you prepare for NaNoWriMo? 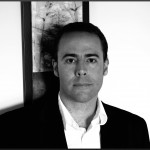 Michael R. Fletcher is a science fiction and fantasy author who lives with his wife and daughter in the endless soulless suburban sprawl north of Toronto, Canada. His hobbies include… uh… he doesn’t really have hobbies. He likes death metal, does that count?

His first novel, 88, a cyberpunk tale about harvesting children for their brains, was published by Five Rivers Publishing in 2013.

Mike’s second novel, Beyond Redemption, a work of dark fantasy and rampant delusion, was released by Harper Voyager in June of 1015.

The next two Manifest Delusions novels, have been written and are currently in editing.

Mike is represented by Cameron McClure of the Donald Maass Literary Agency.

Peter Fugazzotto is a fantasy and science fiction author who fights to protect the earth by day and battles his ego with armbars and slashing sticks by night. He lives in Northern California with his wife, daughter, bird and dog. His short stories have been published in Heroic Fantasy Quarterly, Grimdark … END_OF_DOCUMENT_TOKEN_TO_BE_REPLACED