In spring 2016, I am going to release my short story The King Beneath the Waves as an ebook.

This dark fantasy story set in a Viking-inspired world had a very popular reception when it was released in Grim Dark Magazine last year and was read on the Far Fetched Fables podcast.

Now you will be able to own your own ebook version.

This version will also include a bonus flash fiction story that was the runner up in Mark Lawrence‘s Liar and the Key contest.

Remember to sign up for my email list to get the latest on new releases and special deals that most people will not see. 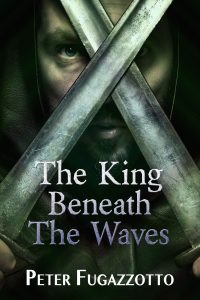 Peter Fugazzotto is a fantasy and science fiction author who fights to protect the earth by day and battles his ego with armbars and slashing sticks by night. He lives in Northern California with his wife, daughter, bird and dog. His short stories have been published in Heroic Fantasy Quarterly, Grimdark … END_OF_DOCUMENT_TOKEN_TO_BE_REPLACED